Gameplay Description:
The level focuses on fast-paced combat with a dash of light platforming. The prime focus is the Fortune Teller boss, a winged Warden of Baron Samedi that battles with the power of Tarot Cards. As the player fights to reach the final boss, he encounters a variety of other enemies, from agile and terrifying Berserkers to hulking brutish Gargantuans and swarms of impish Creeps and Witch Doctors. Each combat encounter is unique, from fighting entrenched ranged enemies high on the balconies to facing ambushes and sudden assaults as the player steps into new areas. 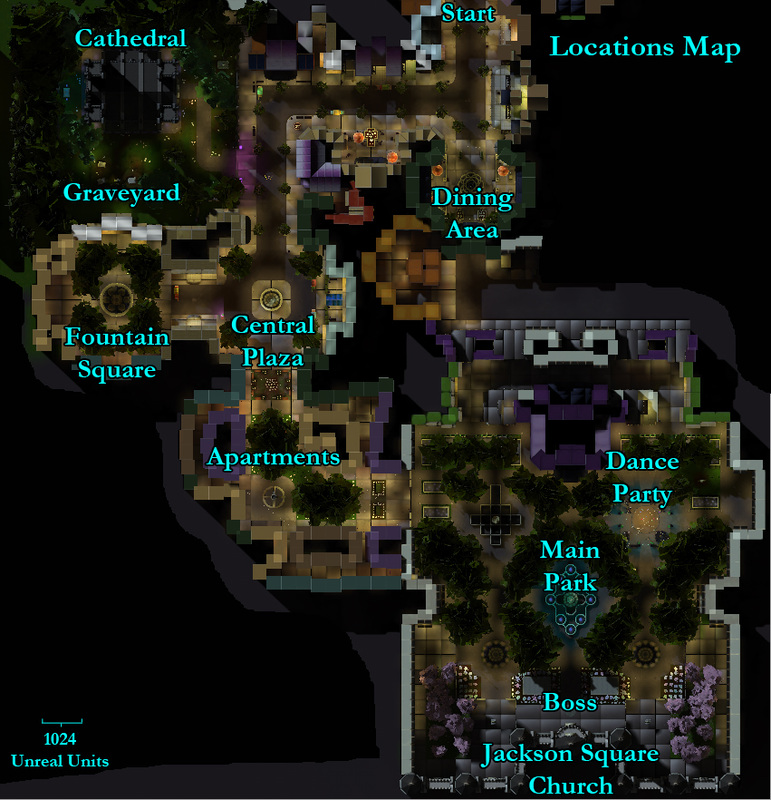 Distinct landmarks and constantly changing areas help player navigation and provide visual interest over the course of the level. Towering churches, rich apartments, and lush fountains and parks give Jackson Square its own unique flavor in Voodudes. 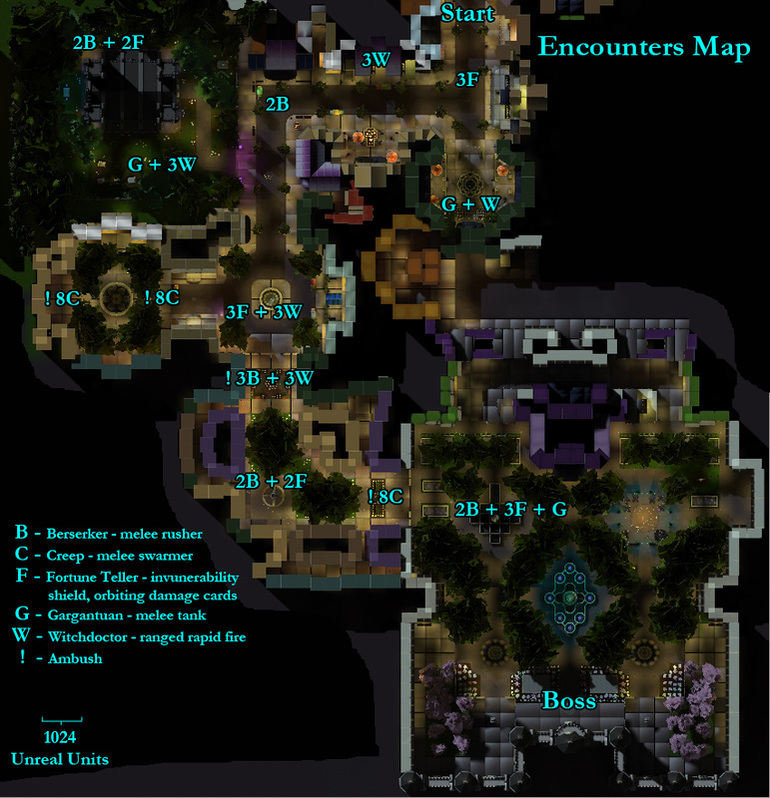 As the last level of Voodudes, Jackson Square offers some of the most challenging combat encounters. Each encounter is carefully crafted to introduce new enemy types at a digestible pace, while still offering a fresh mix of enemies every time. Several ambushes throughout the level keep players on their toes and force quick reactions in fast paced combat scenarios. 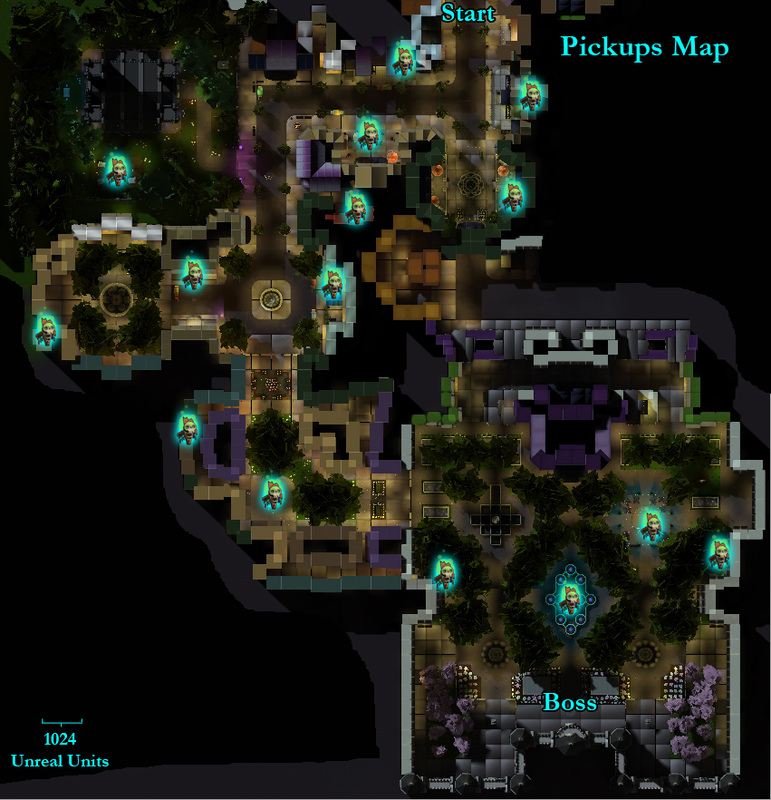 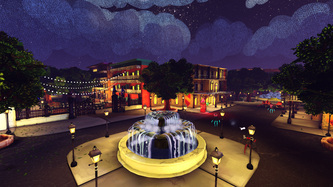 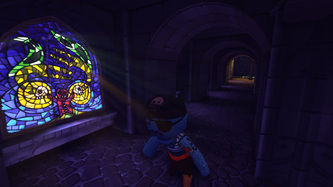 The final boss battle for Jackson Square. Scripted in Kismet, the boss uses a state-based AI to randomly choose between attacks, based on his current health. This AI skeleton became a template for all Level Designers on Voodudes when scripting their boss battles.

This shows the kismet scripting for the three-stage boss fight AI. Each stage has three available attacks, with a chance to use each one. At 70% and 40% health, the boss enters a new stage of the fight, executing more dangerous and aggressive attacks with each phase. This set-up became a template from which all Level Designers built their boss battles in Voodudes.

A brief cinematic shows a glimpse of the main church in the distance, then introduces the boss of the level, foreshadowing the final battle to come. After the cinematic, the player fights three Fortune Tellers, the new enemy type for this level, gaining experience with enemy Tarot Card users.

Arriving at Jackson Square Church, the player sees the Fortune Teller boss, sitting high atop the tower. The boss sends out a wall of Tarot Cards to trap the player into the arena, then jumps down for the final battle.