Map Type: Raid Attunement Quest (1 player)
Development Time: 60 hours
Theme/Environment:
Mechsuit Assault takes place mid-way through the Raid Attunement quest line.  Players journey to Farside, one of the moons of Nexus, and pilot a powerful War Mech to destroy a stealthed Eldan Installation and obtain a hidden Primal Pattern. At each point, players must battle swarms of Eldan Constructs that warp in as the facility's safety protocols trigger, then use the Mech's EMP ability to wipe out Stealth Generators and Disruptor Pods (automated long-range turrets). Before destroying the final Stealth Generator to reveal the Primal Pattern, players must defeat the Overlord Command Construct.

Gameplay Description:
This quest occurs mid-way through the Raid Attunement quest line, and acts as a break from standard gameplay and reward for the players having progressed this far. The Mechsuit offers a completely new set of abilities and enhanced protection, which allows players to fight enemies that would typically give 5-man groups a challenge. The goal of this quest is to make players feel powerful and let them blow off steam between the more grindy stages of Attunement, while still posing a moderate challenge. As such, the War Mech's abilities pack a powerful punch, covering a much greater area and target count than typical player abilities. This comes at the cost of longer wind-up times and rooting the player in place during attacks, forcing players to use their skills strategically to fight, dodge, and crowd-control simultaneously. 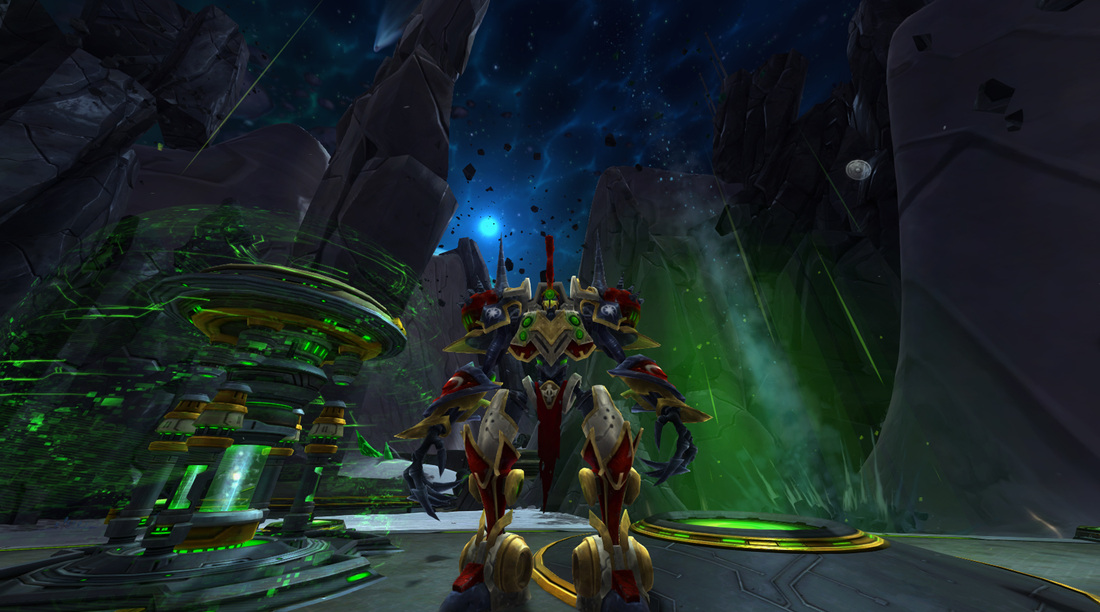 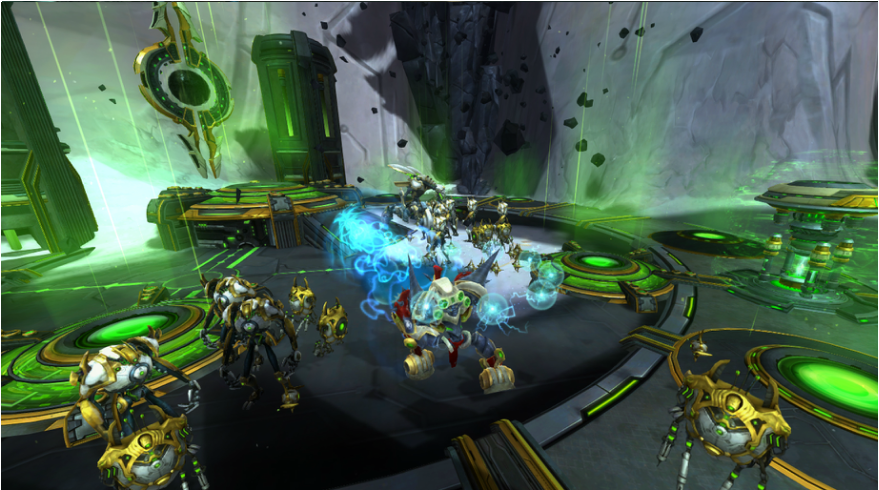