Theme/Environment:
Warped Citadel is a high tech test lab for gravity manipulation. Located high up in the Combine Citadel, the lab looks down on the evening lights of City 17 far below. The lab boasts some of the Combine's most advanced technology: hosts of computer arrays, containment fields, and research stations studying various methods of gravitational manipulation. The centerpiece is a set of six rings, each secured firmly to one of the four walls, floor, or ceiling, that house rotating anti-gravity field generators. In addition, two personal gravity field generators allow scientists to reconfigure the gravity field surrounding individual persons, simulating the effect of the entire room rotating on its side.

Gameplay Description:
Gameplay focuses exclusively on free-form platforming puzzles and gravity manipulation. Players may change their gravitational orientation, effectively rotating the level on its sides, in order to open new pathways and movement options. The rotating anti-gravity field generators act as moving boosters to lift or push players to new locations, and as obstacles that can knock unwary players from precipitous heights to their deaths. Move speed and jump height are increased above the standard for this level to give players greater freedom of motion, while constant health regeneration mitigates minor fall damage, encouraging players to experiment and take leaps of faith.

In order to expand the player's mobility options and get the proper feel for a platformer, I scripted changes to some of the standard character attributes. I increased player speed by 25%, set gravity to 52%, and added a passive health regen of 2 per second to counter the frequent chip damage from large falls.

In order to complete the level, players must use the personal gravity field generators to rotate the entire level to different sides. Each rotation compounds the complexity of the platforming challenges, and offers more potential paths players may choose to overcome those challenges. Rotating the level allows players experience the space in new ways: support pillars become walkways, computer consoles become stair-steps, and former walls become floors. Red lights mark "objective points", ensuring players always have a target destination, while still allowing them to figure out their own way to reach it.

The anti-gravity field generators are a core feature of the level. The level begins with one generator active, which lifts the player upward along the Z axis and enables him to complete boosted jumps to higher platforms. Each time the level rotates, a new generator activates along the player's relative up/down axis. The old generators remain active, rotated to the X and Y axes, and act as boosts to propel the player across long gaps, or as obstacles that players must avoid while scaling the heights of the level. The generator bases also act as moving platforms that players may ride to new locations, provided they can maintain their balance on the constantly rotating surfaces. 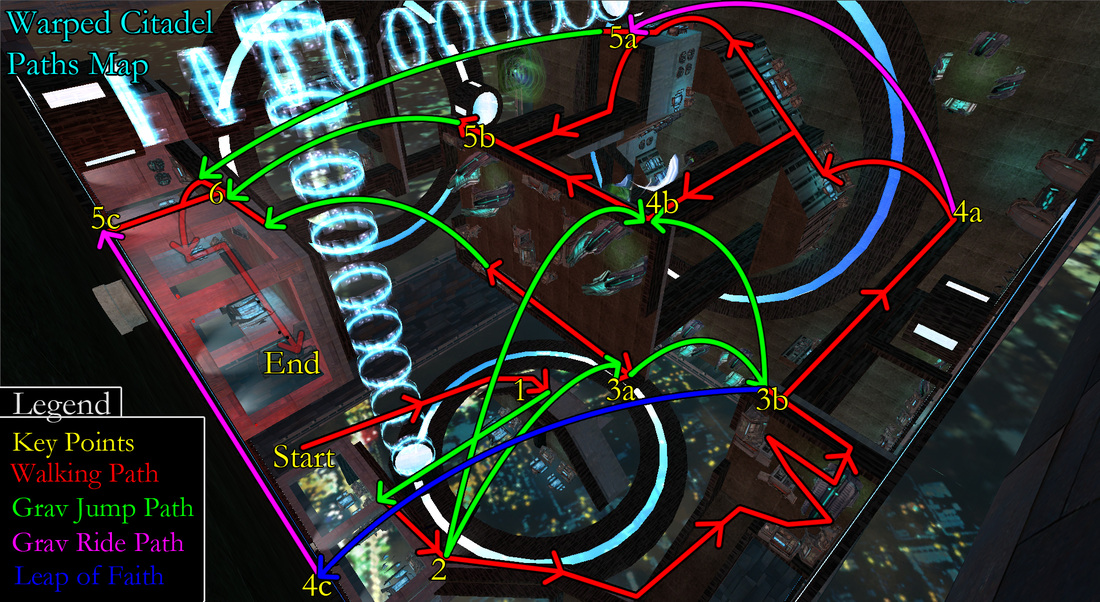 Warped Citadel - Sample Paths Map for Phase 2
The set of simple mechanics combined with level rotation allows for multiple paths to emerge during gameplay. Rather than limiting players to a narrow set of options, the level encourages players to think and experiment with new ways to reach areas. One player may jump up a series of computer consoles to slowly work their way up the platforms (2->3b), while a more ambitious player may try a leap of faith to catch a rotating anti-gravity field generator (3b -> 4c), taking a much quicker but riskier path to the final goal. During playtesting, some players discovered new routes that even I was unaware of, a feat I welcomed and encouraged. This type of emergent gameplay naturally caters to a variety different player types, ranging from moderately difficult to highly advanced precision jumps, and offers replay value as players look for better ways to complete each challenge. The more difficult jumps often allow players to skip a series of smaller challenges, offering reward commensurate to the risk. 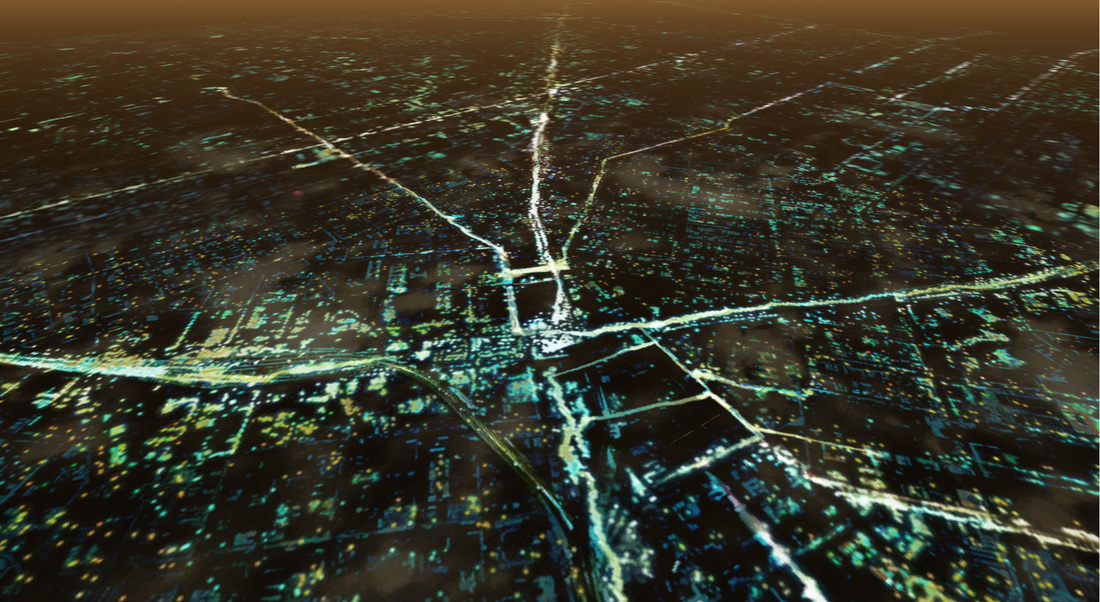 Through the massive windows on each wall, players can see a panorama of City 17. With each new level rotation, new viewing angles become available, offering a micro-reward for progress. 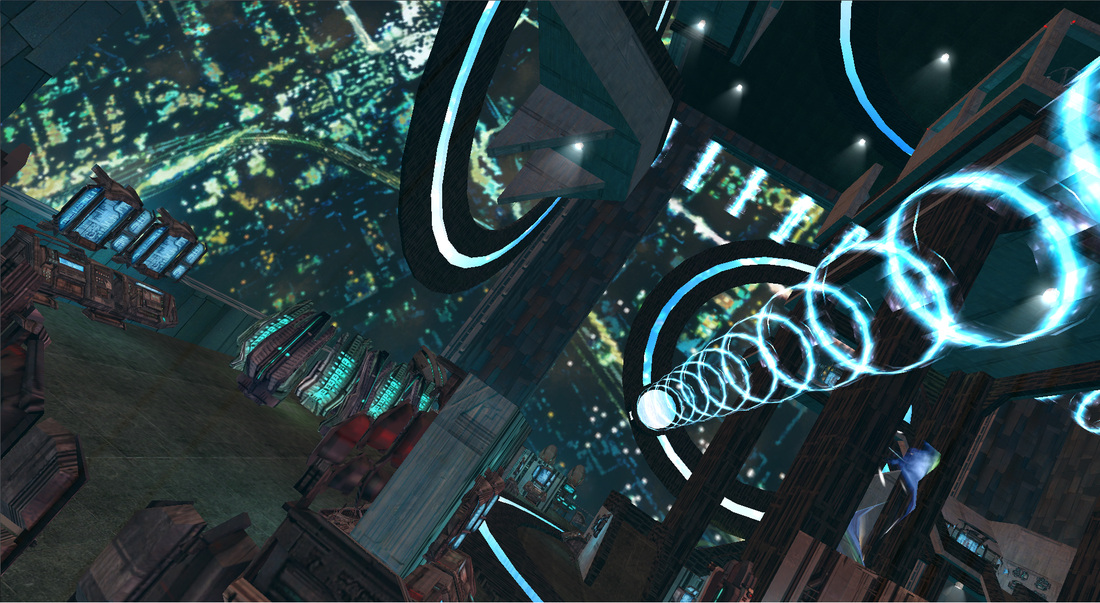 Beginning in Phase 2, the glass walls become floors, enhancing the sense of vertigo players experience as they make their way up narrow struts and beams.