Map Type: Scalable Instance (1+ players)
Development Time: 75 hours
Theme/Environment:
Mayday is a Housing Expedition (scalable dungeon) for Wildstar. Receiving a distress call from the space frigate "Mayday", players dock on a mysterious ship to aid its last surviving crew member: the mildly crazy Vyntus Veros. A new breed of genetically enhanced creatures has ravaged the ship, and may very well do the same to unwary players. Hydras, an enhanced strain of Asura, split into multiple smaller copies of themselves when killed, and patrol the ship en masse. Meanwhile, the gargantuan Artaxian Terror lurks in the ship's corridors, certain to devour any players it comes across. Rather than fighting head-on, players must stealthily skirt around enemy patrol routes while assembling a Freeze Ray to destroy the beasts once and for all!

Gameplay Description:
Gameplay centers on stealth and patient avoidance of enemy patrol routes while salvaging the pieces to construct a Freeze Ray to retake the ship. The Hydras patrolling throughout the instance deal very high damage to players who fight them directly, and split into multiple copies if killed, hastening the player's demise. Their one weakness is the freezing cold of liquid nitrogen, which conveniently runs throughout the ship in various coolant stations. Players may use these stations as safe-havens to clear out extra Hydras until they finish constructing the Freeze Ray, at which point they can freeze and kill Hydras directly without them splitting. The instance culminates in a holdout where players must defend Vytnus Veros against ever increasing hordes of Hydras as he constructs a Mega Freeze Ray to destroy the Artaxian Terror and reclaim the ship. 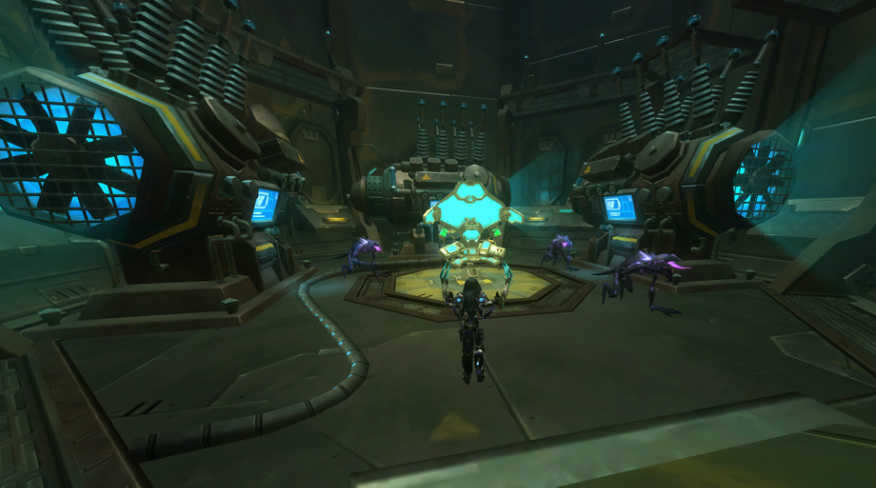